Yesterday we were speaking with a flight attendant, when Darin asked her how long she’d been flying. At 39 years we were impressed. She let us know that she began her flying career 39 years ago at Hughes Airwest. Having grown up in the West (Phoenix and Vegas), Darin was very familiar with the airline that was “Top Banana”. As conversation continued she let us in on a little known secret; she had a small part in a Hughes Airwest commercial. We were like, “Which one?” She said are you familiar with the “Yes” commercial? And we were like YES! So, we immediately went to YouTube and there she was! 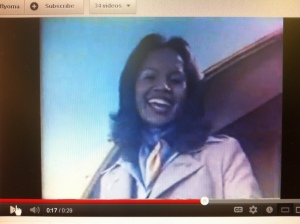 As it turns out Ulda was very fascinating. In 39 years she’s flown all over the world. Nowadays she flies mostly South American routes. From our conversation it’s obvious she still enjoys her job. When we asked her what has kept her in the business for 39 years her response was, “”Places to go. People to meet.” She mentioned how everyday is an adventure and that she’s a gypsy at heart; always on the go, always looking for a new experience. When asked what the biggest challenge was with flying, she said that the traveling public doesn’t quite understand the role of the flight attendant anymore.

It’s pretty amazing the things you can learn about people when you take the time to listen and share. Thanks Ulda! 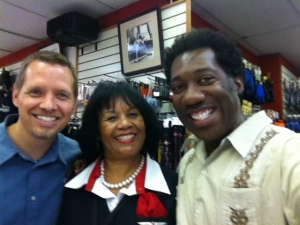